This bundle combines the DJI Matrice 600 Pro hexacopter with the Ronin-MX gimbal. With this setup, you will be able to capture professional aerial footage using a compact cinema camera, DSLR, or mirrorless camera weighing up to 10 pounds.

Supporting a total takeoff weight of 34 pounds, the Matrice 600 Pro (M600 Pro) is a hexacopter from DJI designed for professional video and industrial imaging applications. Updated from the original Matrice 600, it features improved flight performance and a higher loading capacity. Pre-installed arms and antennas reduce time required for setup, and the system's modular design makes it easy to mount additional modules.

This version of Matrice 600 Pro comes almost-ready-to-fly (ATF) and includes a controller (transmitter), flight batteries, six-bay charger, flight controller, and sundries. It also features a durable, customizable case that absorbs impact from shakes or falls, providing all-round protection for your hexacopter when carried or transported. Additional hardware needed may include a gimbal, camera, as well as any flight controller add-ons. Some assembly is required.

Updated from the Matrice 600, the Matrice 600 Pro is designed to be simple to set up and ready to fly in a matter of minutes. Its airframe has been optimized for easier transportation with a quick release landing gear design and folding frame arms. Under the new upper cover, the positions of GNSS modules and sensors have been revamped, and a new dampening system for the IMU units increases reliability during flight.

The modular design makes the Matrice 600 Pro easy to set up and ready to use.

All Zenmuse cameras and gimbals are natively compatible, and a maximum payload of 13.2 lb allows it to fly the Ronin-MX gimbal and a range of cameras, from Micro Four Thirds systems to the RED EPIC.

The A3 Pro system is optimized for professional and cinematography applications, providing navigation and stabilization to the aircraft. The system features GNSS, which means it can use satellite systems, such as GPS or GLONASS, in combination with a compass to provide precise positional data. The A3 Pro can be used in combination with DJI's Lightbridge 2 system to provide a high-quality video downlink from a gimbal-mounted camera. Ground station software enables features, such as telemetry monitoring and route planning, and provides a flight simulator.

The system features three IMUs and three GNSS units, with additional analytical redundancies for a total of six redundancies. Working together with advanced diagnostic algorithms, if the A3 Pro detects GNSS or IMU unit failure during flight, it seamlessly switches to another unit to maintain reliability and precision.

The Matrice 600 Pro supports the DJI GO app as well as the DJI Assistant 2. Get a live HD view, battery status, redundancy status, transmission strength, and much more straight from the DJI GO app. DJI GO is also the control center for the camera, giving access to shutter speed, ISO, and photo or video capture on any Zenmuse X Series camera as well as remote focus and aperture on the Zenmuse X5 and X5R cameras. The DJI Assistant 2 supports firmware updates and the new Ground Station, and comes with a built-in flight simulator.

The Matrice 600 Pro's radio range extents to 3.1 miles with a clean signal.

The A3 GNSS system can be upgraded with separately available Real-Time Kinematic technology (RTK) for even greater navigational accuracy. Using dual antennas, RTK provides greater precision than a compass and is not susceptible to magnetic interference from metal structures.

DJI Lightbridge 2 has been designed from the ground up to meet the requirements of professional broadcasting, offering high frame rates and HD live streaming. USB, mini-HDMI, and 3G-SDI ports on the controller support video output at up to 1080p/60 fps or a broadcast standard output of 720p/59.94 fps and 1080i/50 fps.

The Matrice 600 Pro's is fully compatible with the DJI Onboard SDK and Mobile SDK to meet the requirements of those building software for industrial applications. It has a dual parallel CAN and API ports for connecting DJI devices, including the Guidance sensor system, the RTK GNSS units, or third party components of your choice. 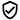 The Ronin-MX from DJI is dual-use gimbal suitable both for mounting on the Matrice 600 aerial platform as well as deployment closer to the ground. Improving over the Ronin-M, it features magnesium construction to yield high rigidity while keeping the weight down. The gimbal is suitable for cinema cameras, mirrorless cameras, and DSLRs weighing up to 10 pounds. Out of the box it supports two-operator operation and includes a radio controller (transmitter) for the camera operator. There is also an optional Thumb Controller (available separately) for solo operation. When installed on the Matrice 600 aircraft, the gimbal can be controlled via the DJI GO app. An included universal mounting adapter allows it to be adapted for use with jibs, car mounts, and various other types of camera support equipment. There is also a handlebar for handheld use.

Designed to resist high G-forces using powerful motors and IMUs, the Ronin-MX is engineered to maintain stability and hold horizon when mounted to an aircraft or a vehicle. When mounted to the Matrice 600 aerial system, it communicates directly with DJI's flight controller. When attached to vehicles, it connects to an optional GPS module that allows it to stabilize actively for a smoother shot

A slip ring allows the Ronin-MX to rotate 360° continuously when mounted to aircraft or vehicles, opening up more creative options. This is further enhanced by an increase in tilt-axis range (compared to the Ronin-M) from 90° straight down and beyond to 135°. Popular features of the Ronin series, such as the three modes of operation and SmoothTrack, are also present, giving film makers a range of creative angles and movements

The Ronin-MX is compatible with Lightbridge 2, providing long-range HD video transmission from the air to the ground from up to 3.1 miles away. If combined with the separately available DJI Focus and Focus Expansion Module, focus or aperture can also be pulled remotely with a twist of the wrist. An optional Remote Start/Stop add-on provides the ability to control shooting on a range of airborne cameras

Using DJI Assistant and the dedicated Assistant app for iOS and Android allows complete customization of the Ronin-MX and its behavior. If connected to Lightbridge 2, the DJI GO app can be used to control the gimbal and see an HD live feed from the camera

A redesigned structure moves the Ronin-MX battery from the back to the front. This centers the weight of the camera, minimizing instability when flying directly forwards. It also dramatically increases the Ronin's agility and ability to handle rapid movements or high-G situations

Built extensively of lightweight magnesium, the Ronin-MX weighs just 6.1 lb. This lightness allows it to be mounted to the Matrice 600, even when equipped with cameras as advanced as the RED EPIC, and to vehicles, with a minimum impact on vehicle handling

A combination of stronger motors and ESCs makes the Ronin-MX 50% more powerful than the Ronin-M. This additional stiffness and power allows the system to better withstand wind resistance, when mounted to moving vehicles and aircraft, as well as more rapid movements

Cameras such as the RED EPIC need an external battery for power. A dedicated position designed for an optional battery plate provides an easy, cable-free mounting point for a second DJI Intelligent Battery. This provides two 12V D-Tap power sources for powering cameras and accessories

Ronin-MX batteries offer a battery life of up to three hours. Over-charge and over-depletion protection are built in, as is individual cell charge balancing. Remaining power is shown by clear LEDs and in the DJI GO app

A dedicated power distribution box keeps wiring to a minimum while providing power to essential accessories. Two regulated 12V D-Taps, one 500mAh full-size USB connector, and a DJI Lightbridge connector enable connectivity and power to nearly everything a filmmaker might need

The separately available Ronin Wireless Thumb Controller makes controlling the Ronin-MX easy and intuitive, enabling the capture of shots that would otherwise be impossible for a single operator

A wireless 2.4 GHz remote controller is included with the Ronin-MX enabling a second operator to remotely control pan, tilt, roll, and other functions

Upright Operation Mode
Upright Mode allows the gimbal to be flipped over so the camera can be operated closer to eye level without straining to lift the gimbal. This can be used in various situations, such mounting on the top of the vehicle

Underslung (Suspended) Operation Mode
Suspended Operation Mode is the standard operation mode for Ronin-M. Low slung, close to the ground, or simply holding the gimbal in front of you offers stabilized handheld footage. This mode would also be used when mounted the gimbal on a flying platform such as a multirotor RC helicopter

Briefcase Mode
When a slimmer gimbal profile is needed – such as when moving through doorways or narrow paths – Briefcase Mode is ideal. It allows the gimbal to be held to the side and close to the legs, much like a briefcase

Even with only one operator, SmoothTrack technology is designed to ensure the Ronin-MX translates movements into smooth camera angle changes. SmoothTrack settings, from speed to deadband to acceleration, are fully customizable. A "Single Axis Follow Mode" enables two axes to be locked while SmoothTrack guides the camera along only one axis of motion

Mount the Ronin-MX to aircraft using a specially designed mounting plate. A separate universal Quick Release system that doubles as a vibration-dampening system allows the Ronin-MX to be connected to everything from jib to tripod and anything in between. This plate isolates the Ronin-MX from unwanted vibrations coming from the platforms it is mounted to

On the ground, the separately available SRW-60G allows film makers to see the image from the camera without running cables up the Ronin-MX